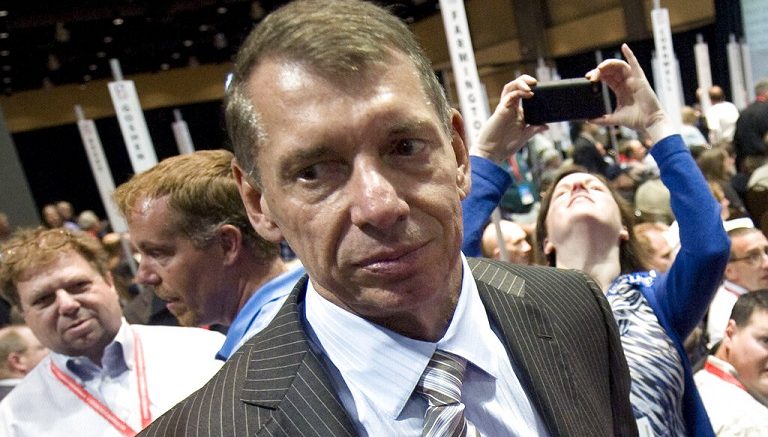 Vince McMahon is stepping down as CEO and chairman of WWE during an investigation into alleged misconduct involving the longtime leader and public face of the organization.

The Wall Street Journal recently reported that the board was investigating a $3 million settlement that McMahon paid to a departing female employee with whom he allegedly had a consensual affair.

“I have pledged my complete cooperation to the investigation by the special committee, and I will do everything possible to support the investigation. I have also pledged to accept the findings and outcome of the investigation, whatever they are,” McMahon said in a prepared statement Friday.

The employee, hired as a paralegal in 2019, has a separation agreement from January that prevents her from discussing her relationship with McMahon or disparaging him, the Journal reported.

The board’s investigation, which started in April, found other, older nondisclosure agreements involving claims by former female WWE employees of misconduct by McMahon and John Laurinaitis, the head of talent relations at WWE, the Journal reported.

Aside from the investigation into the alleged misconduct by McMahon and Laurinaitis, WWE said that the company and its special committee will work with an independent third party to perform a comprehensive review of its compliance program, HR function, and overall culture.

Shares of World Wrestling Entertainment Inc., based in Stamford, Connecticut, slid 4% before the opening bell Friday.

From staff reports An Oil City business, which for nearly two decades has been a staple for people who enjoy that cup of coffee or…

WASHINGTON (AP) — The Supreme Court on Friday stripped away women’s constitutional protections for abortion, a fundamental and deeply personal change for Americans’ lives after…

WASHINGTON (AP) — President Joe Biden on Saturday signed the most sweeping gun violence bill in decades, a bipartisan compromise that seemed unimaginable until a…

Pete is a young, athletic boy who is looking for his forever family! Pete would love to go to an active home as he loves…

(Family Features) Whether your family’s ideal summer day consists of swimming, hiking, biking or simply enjoying the sunshine, all that time in the heat calls…

From staff reports Venango County, in partnership with the cities of Franklin and Oil City, is preparing an application for a federally funded HOME grant…

The Associated Press From the normally chilly Russian Arctic to the traditionally sweltering American South, big swaths of the Northern Hemisphere continued to sizzle with…

WASHINGTON (AP) — A bipartisan gun violence bill that seemed unimaginable a month ago is on the verge of winning final congressional approval, a vote…

Trax is a cautious boy looking for a quieter home to call his own. He is very sweet once he is comfortable with you but…

Owner will renovate as he eyes tenant at OC property

Spilling the Beans plans to close its doors

The Associated Press It’s boom times for googly eyes. Within months of “Everything Everywhere All at Once,” the metaphysical sci-fi comedy whose panoply of metaverses memorably included…

Basil is a spunky little guy who is sure to keep you entertained as he grows up. He is very playful and loves attention. He…

By KARA O’NEIL Staff writer Several Oil City firefighters were training in firefighter survival Monday at a home on Petroleum Street across from the YMCA….

REHOBOTH BEACH, Del. (AP) — President Joe Biden said Monday that he will decide by the end of the week whether he would support a…

Man sentenced for role in meth distribution in area

Ukraine gets possible path to EU, aid pledges from Britain